SUPER CONSTELLATION << The Star of Switzerland >>

This unusually large and beautifully assembled photo-book about the until recently Breitling-sponsored Super-Constellation, HB-RSC was obviously a labor of love for its author. Photographer, author and “Star of Switzerland” project contributor Jegerlehner’s text not only shows he knows the story of this Connie inside and out, but also clearly reflects his deep affection for, and devotion to, one of the very last flyable examples of the type.

His well-detailed history of this C-121-C/L-1049F, serial # 4175, takes us through the airplane’s years with the USAF and later the Mississippi Air Guard. It continues through its six years of use as a firebomber in the American West, and several short periods of ownership by people with big ambitions for the airplane, but insufficient cash. We then learn of it’s eventual “salvation,” initially by the U.S.-based Constellation Historical Society which then continued, and was brought to air-worthy fruition, by the Swiss-based Super Constellation Flyers Association, with financial backing from Breitling, the Swiss watch manufacturer. During its lifetime the airplane has been based everywhere from Mississippi to Germany (where it is is now undergoing a complete structural overhaul to put HB-RSC back into flying condition after losing its Swiss airworthiness certificate in 2017 due to some structural issues). During the previous several years the “Star of Switzerland” had been just that, one of the major stars of airshows all over Europe.

While the greatest strength of this book is found in its profuse selection of all-color photographs by the author (taken of the airplane from seemingly every angle, inside and out, on the ground and in the air) it is also a great source of information about Constellations in general, including a full type history as well as reproductions of cockpit checklists, and other technical details unique to this particular Connie.

In short, this is the kind of book which any fan of the Lockheed triple-tailed beauty from Burbank, and prop-liners in general, would be proud to display on the coffee table of their living room for fortunate aviation-minded houseguests to fully appreciate. The photos are not only well-taken but are also so numerous as to almost qualify Super Constellation <<Star of Switzerland>> as a full visual guide for aircraft modelers. Overall print and reproduction quality of this 9 ¼ X 13 ½ inch volume are excellent (to give you some idea of its size my home scanner couldn’t quite incorporate the entire cover for the above image!)As the book’s author and publisher, Jegerlehner obviously invested quite a bit of both his heart and his substance into making this book as impressive as it is.

So, if you are a devotee of both the Lockheed Constellation, and a valiant and successful effort to save one of the last of these legendary airplanes, this book is a must have.

Availability: Copies of this book can be ordered directly from the author’s website,fotojeger.ch, for US$68.00 each

This review column focuses on both current and older books on commercial aviation topics.
Written by Shea Oakley.

Trans World Airlines A Book of Memories: TWA Employees and Friends Tell the Story of an Iconic Company 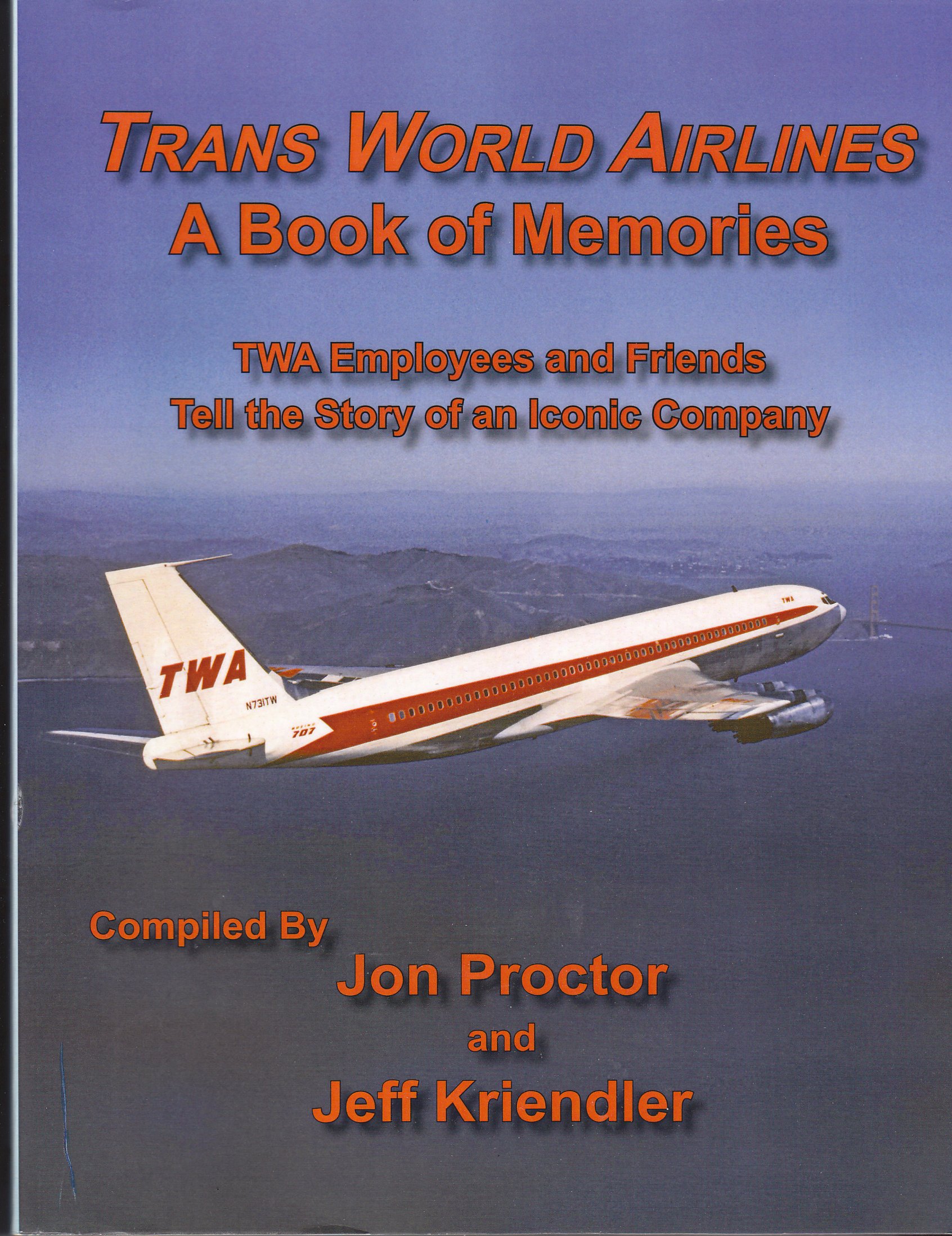 Recent years have seen a number of books of this type published. They belong to what might be considered to be a new genre that I call, “employee –driven airline histories.”  In addition to the volume being reviewed here, there have been two other books produced in the same basic format on Eastern and Pan Am by separate publishers. The co-author of this one, Jeff Kriendler, was also co-author for the Pan Am history. The TWA book is the latest of the three having been published earlier this year.

What sets these books apart from other printed chronicles of major airlines is the fact that each chapter is a separate story about some aspect of the company told by either a former employee or a “friend”, often a passenger, of the subject airline. Two other distinctive aspects of the genre are the choice of only defunct carriers as subject matter and the presence of a large number of color images sourced from one or two well-known longtime airliner photographers (this book’s co-author Jon Proctor and/or George Hamlin being the photographers in question in at least two of the three books mentioned).

After 75 years of continuous operation, TWA was the target of a successful 2001 takeover attempt by American. It was a logical early subject for an employee-driven airline history as it was one of the original “Big Four” U.S. trunk carriers. Also, for many years, it was the only domestic company that had an extensive international route system. Beyond those claims to fame additionally Trans World was an airline known to have a certain glamour and spirit that set it a bit apart from other pioneering carriers.  This was often rightly or wrongly attributed to TWA’s longtime owner, a man who was at least as iconic as the airline he ruled for many years-the eccentric and reclusive billionaire Howard Hughes.

The book’s 61 chapters cover a myriad of stories told by Trans World insiders. Just a sampling of subjects include encounters with Hughes, flying famous passengers (including the Pope), operated aircraft types, hijackings, accidents, humorous stories from both flight and ground crews, and a number of pieces about upper management from the perspective of TWA executives through the years. Also included is plenty of material pertaining to the one larger carrier that was acquired by TWA, St. Louis-based Ozark, and even coverage of its hotel subsidiary of many years, Hilton.

If you have an interest in this historic and storied airline, it is fair to say that this book should become part of your library. About my only two caveats would be that I would have preferred it to be printed on glossier stock for better photo reproduction (though this is, admittedly, an expensive proposition for independent publishers) and copy-editing for grammar errors might have been tighter. Happily, a planned further print run will give the authors the opportunity to fully perfect what is otherwise a book well worth owning.

Availability: Copies of this book can be ordered for $29.95 each from Jeff Kriendler, 5600 Collins Avenue, Suite 14P Miami Beach, FL 33140. Shipping and handling are included. 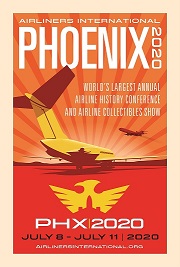