Musings from a Passenger’s Seatback Pocket I

There are many people (often politicians) who seek forgiveness for past actions calling them “youthful indiscretions.” I seek such absolution for my activities starting in the 1960’s, not for sex or drugs (or rock and roll), but because my youthful indiscretion is that, whenever I could, I would take (I prefer “borrow” to steal) the emergency card from an airplane.

Many of the cards in this image collection are from aircraft I flew. But back in the more innocent 60’s, as a teenager interested in airplanes, you could go to a gate and ask the gate agent if you could board the aircraft to “take a look around.” Permission was usually granted. Pan Am was the most careful—they let you on board but gave you a protective covering for your shoes so you would not get their carpeting dirty. There were also “airport days” at Newark Airport where, on a weekend Saturday, families could go onboard aircraft and tour them because in that decade not a lot of people traveled on airplanes for pleasure. It was often a mainly business travel experience.

This is the first of a series of articles which display the cards. I hope you enjoy them.

NOTE: For those of you younger than I am (and many probably are), note that in the days of propeller powered aircraft, and a few early jets, the over wing exits did not have a slide—they had a rope  The emergency card told you where to find and how to release the rope so you could climb down.  And unlike today’s safety videos that explain how to put oxygen masks on children, there is no mention on how to get a child down the rope for an emergency exit!

My first airplane flight was on a Northeast DC-6B. It had the kind of emergency card I treasured because it had the seating chart for the aircraft clearly displayed. Note that this card (like many others) were two sided, with English on the front and the identical information in Spanish on the back. 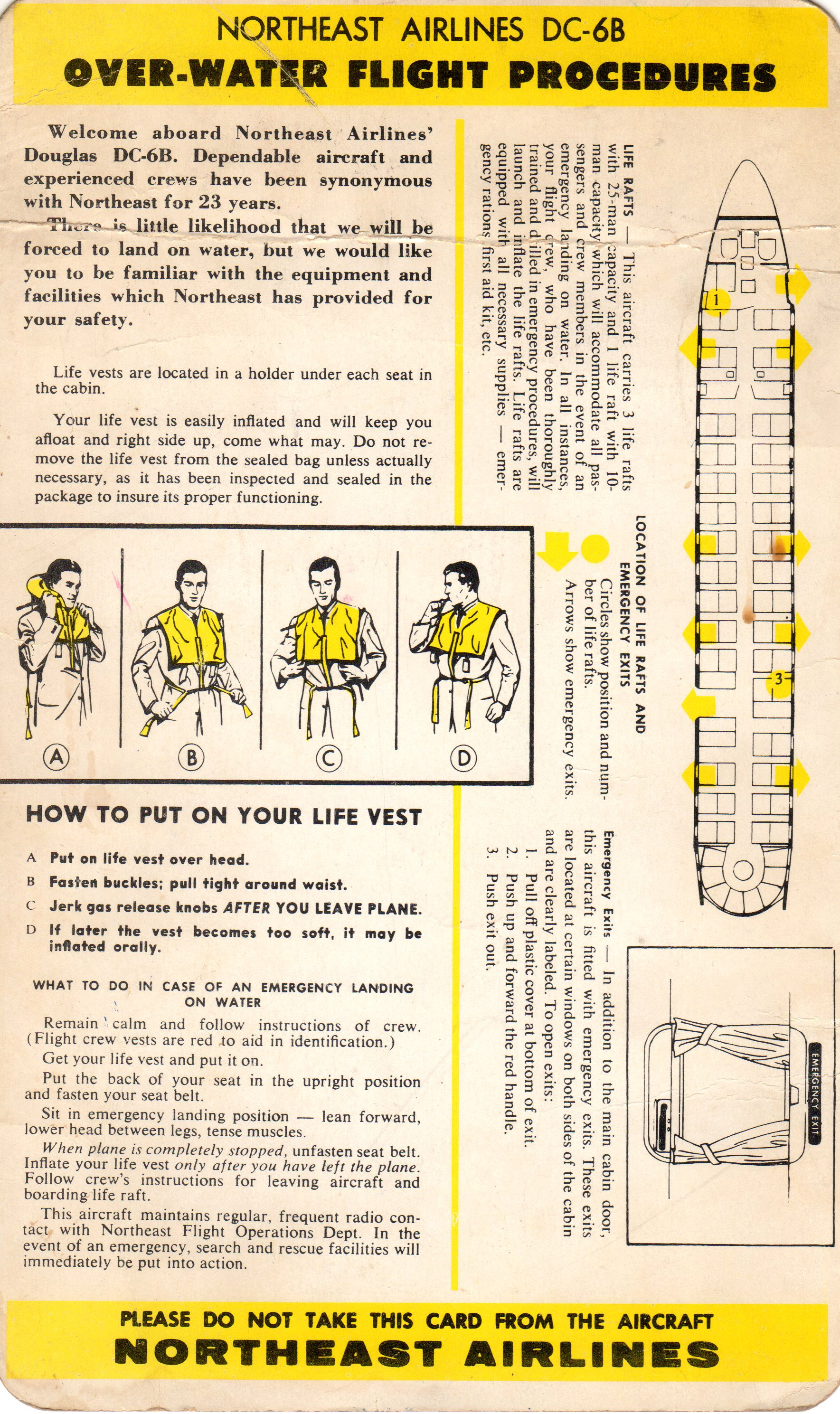 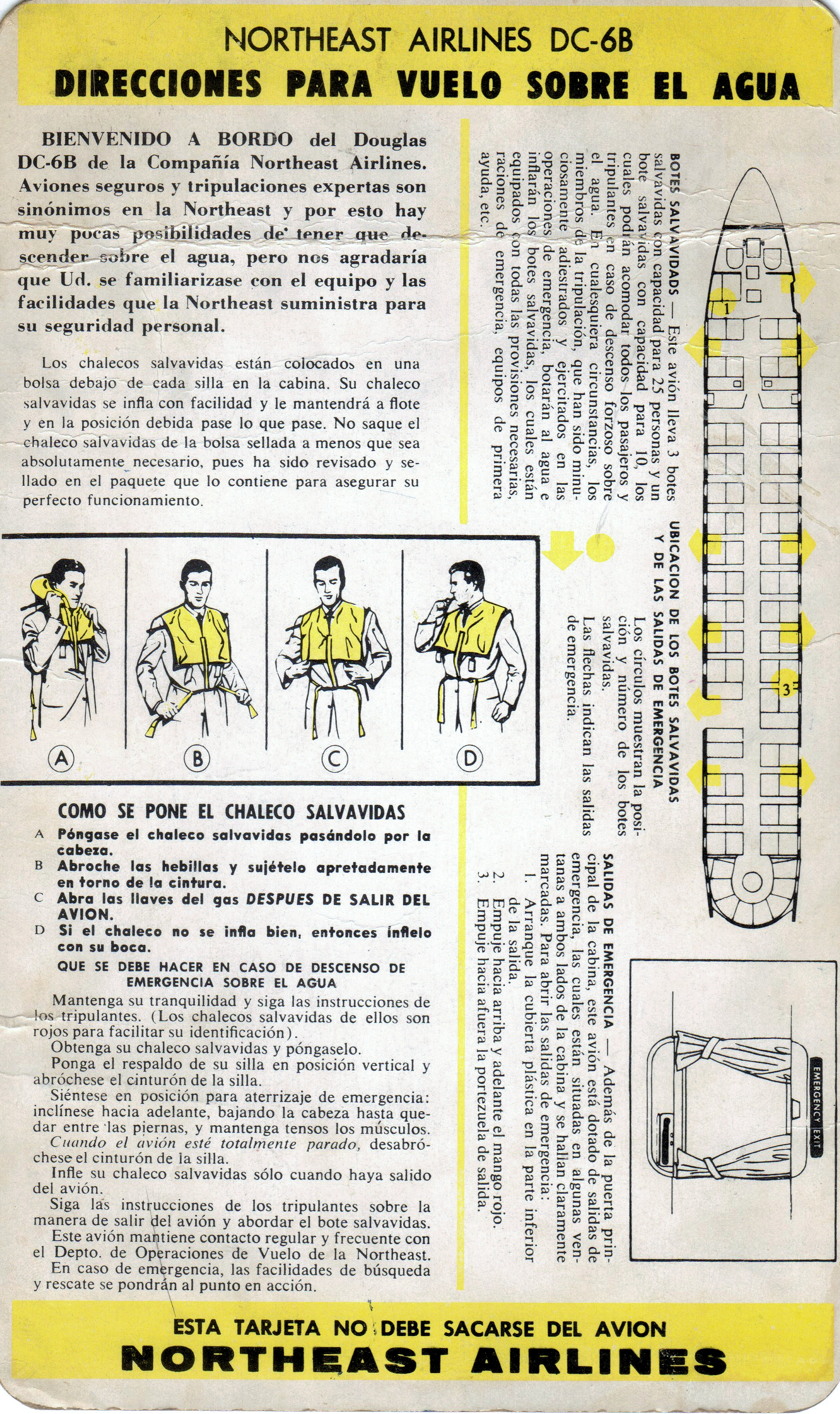 Since my home base was NYC and Newark was the closest airport I saw a lot of Mohawk activity.  Plus they had a “weekends unlimited” fare of $25 to take as many flights as you could cram into a weekend (which two friends and I did).

These were most probably from a weekend open house at Newark Airport.  American was a prominent carrier there and displayed many aircraft for those wonderful family walk through days.

I did not fly on this Braniff airplane, but I “took Braniff to school” every day.  Each airline sold flight bags at the ticket counter at Newark, and the Braniff one was the ideal shape to fit school books plus a loose leaf notebook—so Braniff served me well to carry books through junior and senior high (and it fit in the school locker nicely).

My first trip to Newark Airport was in 1961 to pick up my grandmother who flew in from Minneapolis on a Northwest Orient DC-7C.  She lived in Brainerd, so she bought her ticket at the North Central ticket counter in the Brainerd airport.  I have the ticket passenger coupon and that flight cost her $53.95 plus tax. The seat card came later from asking to tour the plane at the gate.

Another frequent sight at Newark was the Northwest Electra.  This was the time just after the upgrade of the Electra to fix the whirl-mode accident problem.  Northwest called the aircraft Electra II.  Eastern called them the Super Electra. (That card is the next article)

An aircraft I actually flew was a TWA 749 which had a combined seat card with the Super-G Constellation. 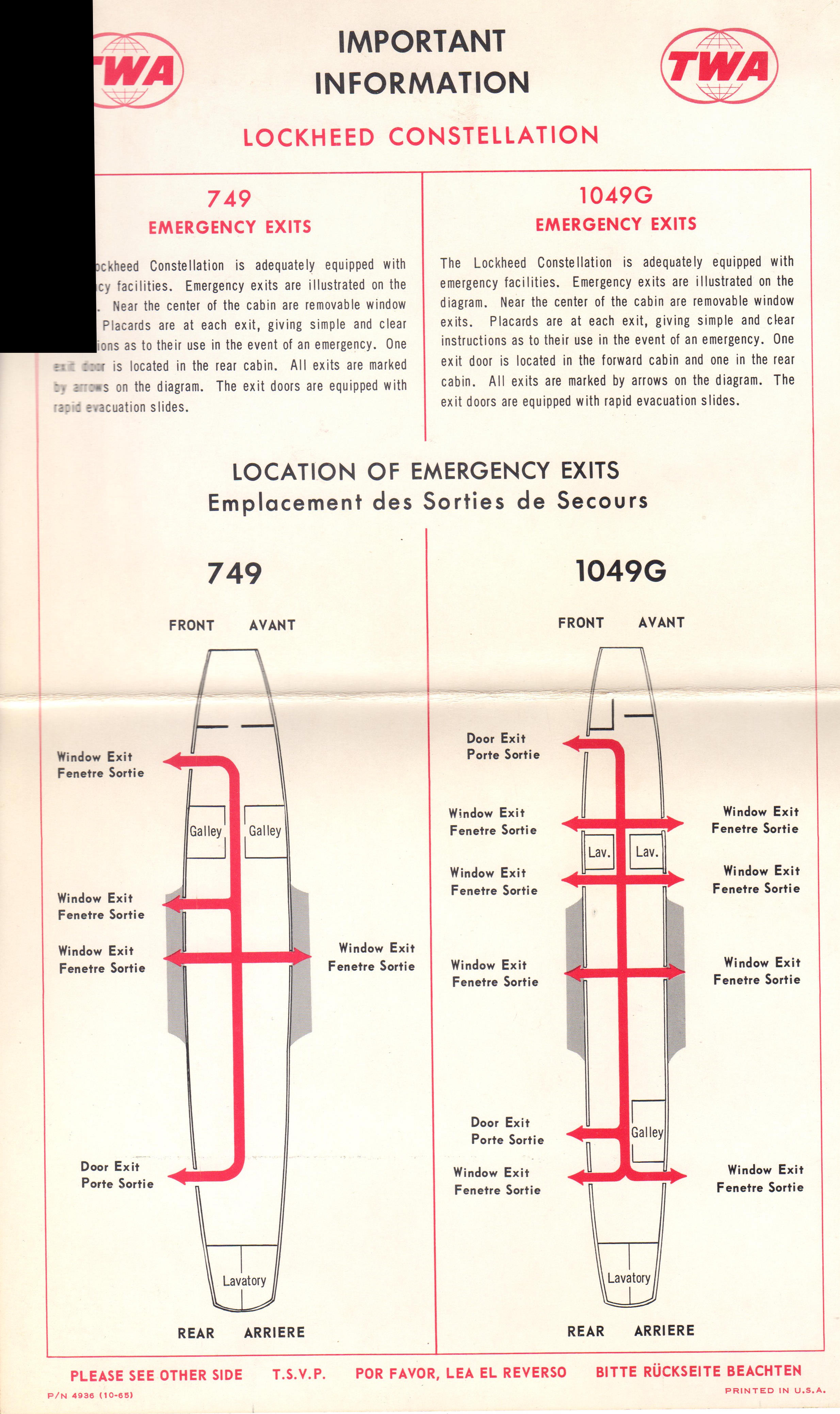 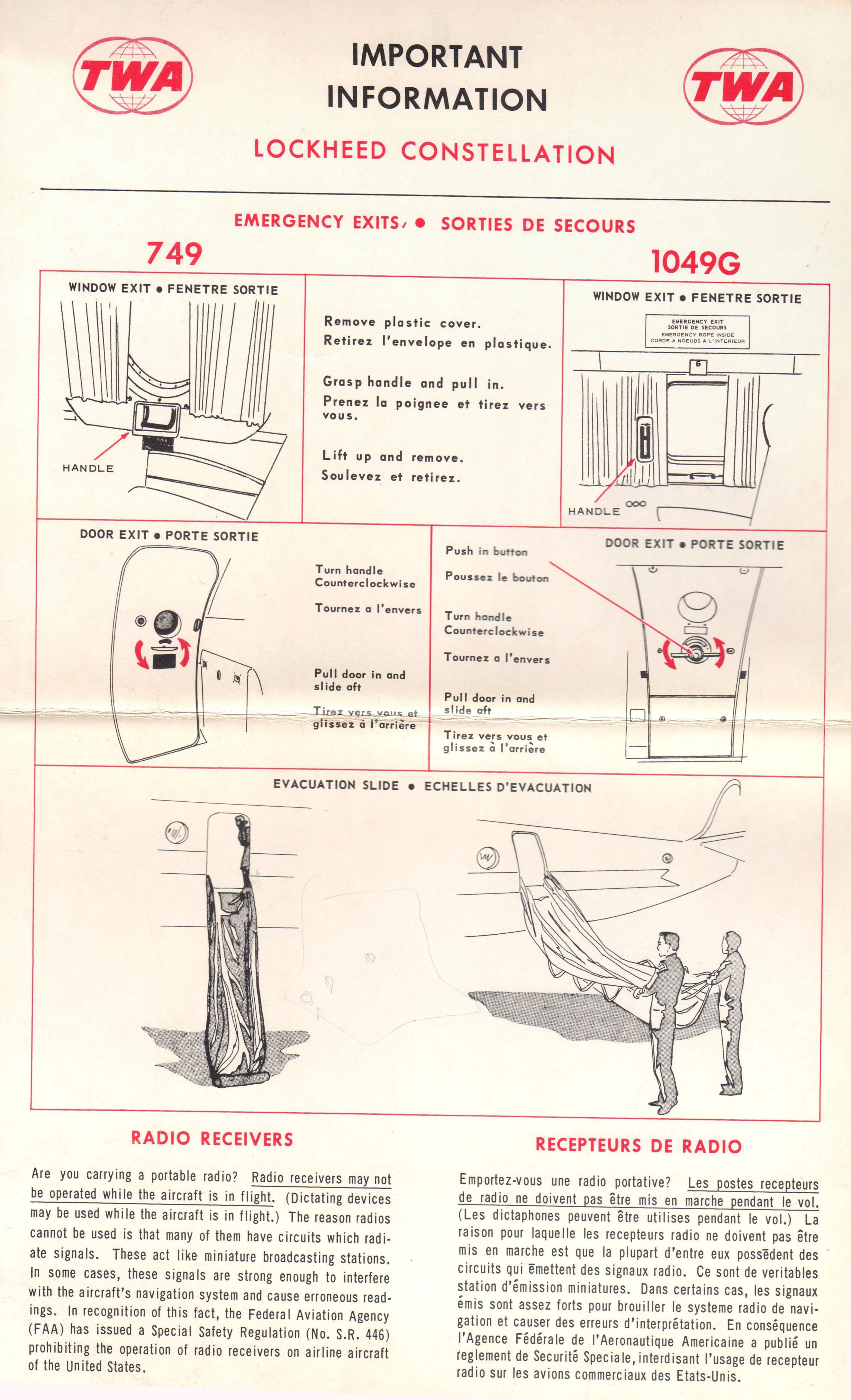 I hope you enjoyed either bringing back old memories or creating new ones with these cards.
Lester Anderson