The oldest AA junior wing and one of the rarest wings in the world.

An American junior wing in the shape of a wing (what a great idea!).

The pin-back version of the all-silver, large font AA wing.

The common AA junior wing, followed by a rare ‘mistake wing’ with the red letter on the right, followed by the all-silver version of this wing.

The sticky-back versions of the large font AA wings. 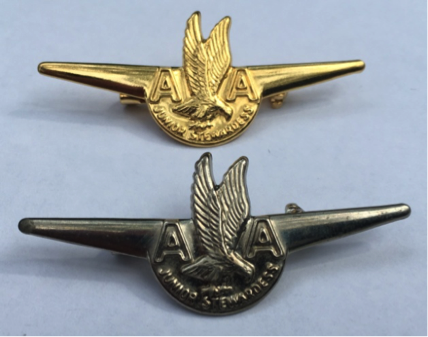 The metal junior stewardess wings in silver and gold. 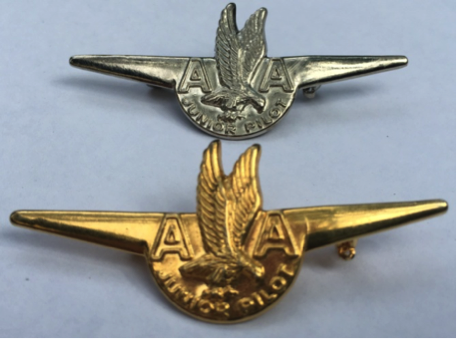 The metal junior pilot in silver and gold.

The cloth patch with sticky back version.

The rare Miss Stewardess AA wings in both silver and bronze.

A novelty item and perhaps cereal box issue, 3 AA plastic pins in blue, green, and brown that includes a fuselage perhaps of a Boeing 707.

A few “new finds” to pass along. Allegiant, Aegean Airlines (Greece), and Alaska Airlines have issued new junior wings. Note the blue and green colors in Alaska’s new wing. Many thanks to Dave Cherkis and Bryan Mellon.